Rights group says peaceful protests ‘must be facilitated rather than cracked down upon’, following recent arrests. 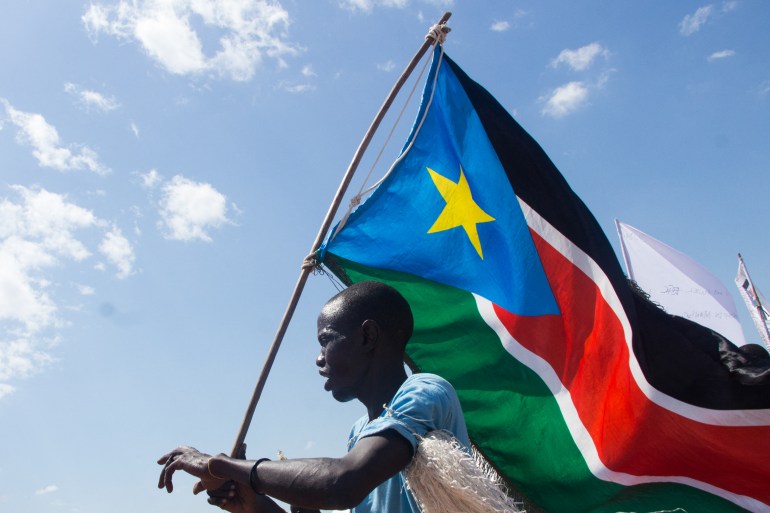 Amnesty International has warned that South Sudan is witnessing a “new wave of repression”, with many activists now in hiding after a string of arrests in recent weeks.

The world’s newest nation has suffered from chronic instability since independence a decade ago, with a coalition of civil society groups recently calling on the government to step down, saying they have “had enough”.

The authorities have taken a tough line against such demands, arresting eight activists as well as detaining three journalists and two employees of a pro-democracy non-profit, according to rights groups.

“We are witnessing a new wave of repression emerging in South Sudan targeting the rights to freedom of expression, association and peaceful assembly,” Deprose Muchena, Amnesty’s regional director for East and Southern Africa, said in a statement.

The clampdown followed a declaration last month by the People’s Coalition for Civil Action (PCCA) calling for a peaceful public uprising.

The PCCA had urged the public to join its protest on Monday in Juba but the capital fell silent as the authorities branded the demonstration “illegal” and said that any such event calling for leadership change was not peaceful. Heavily armed security forces were deployed to monitor the streets for any sign of opposition.

“Peaceful protests must be facilitated rather than cracked down upon or prevented with arrests, harassment, heavy security deployment or any other punitive measures,” Muchena said.

Amnesty noted that many activists had faced harassment since the aborted demonstration, “with some suspecting they were being surveilled by security forces”.

The rights group also said it had received reports about internet disruptions on the eve of the planned protest.

“Internet shutdowns and disruptions adversely affect people’s ability to exercise their rights to freedom of information, expression, association and peaceful assembly. The South Sudanese authorities and internet service providers must clarify their role in the disruption,” said Muchena.

The authorities have also shut down a radio station and a think-tank in connection with the protests.

In a statement released on Friday, the United States, the European Union, Britain and Norway urged the South Sudanese government to protect “the rights of citizens … to express their views in a peaceful manner, without fear of arrest”.

Since achieving independence from Sudan in 2011, South Sudan has been in the throes of a chronic economic and political crisis, and is struggling to recover from the aftermath of a five-year civil war that left nearly 400,000 people dead.

Although a 2018 ceasefire and power-sharing deal between President Salva Kiir and his deputy Riek Machar still largely holds, it is being sorely tested, with little progress made in fulfilling the terms of the peace process.

The People’s Coalition for Civil Action (PCCA) – a broad-based coalition of activists, academics, lawyers and former government officials – has denounced what it termed “a bankrupt political system that has become so dangerous and has subjected our people to immense suffering”.