The National Umma Party (NUP) and the SPLM-N led by Abdel Aziz al-Hilu said they agreed on a number of issues to ensure stability and preserve unity.

A NUP delegation head by Siddiq al-Mahdi held a two-day meeting with the leadership of SPLM-N Hilu in Juba on January 19-20.

In a joint statement released on Saturday, the two sides said they reached understanding to settle the Sudanese crisis “in a way that guarantees the unity and stability of the country”. 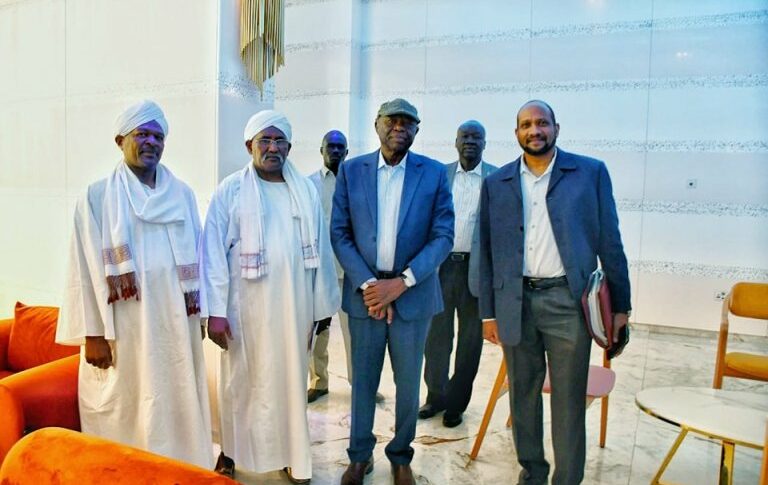 To achieve this goal, religion must not be used for partisan ends and to protect citizenship rights and combat any discrimination because of religion or belief, further added the statement.

They further said their agreement on a number of additional principles including decentralization, reform of the security and military sector, multicultural and multiethnic diversity of the country, financial decentralization and fair wealth sharing, transitional justice and accountability, dismantlement of the former regime, and achieving a comprehensive, just and sustainable peace.

The SPLM-N led by al-Hilu calls for a strict separation between the state and religion and poses the right of self-determination if its demand is not accepted.

The group, which controls parts of South Kordofan, signed a declaration of principles with general al-Burhan in March 2021 providing for separation between the state and religion.

However, the talks stalled over what should be considered religious and banned in the civil service.

The Sudanese political forces are expected to launch a conference on peace in Sudan on January 27 to assess the Juba peace agreement and ways to bring the non-signatories to lay down weapons and join the democratic transition.