The International Committee of the Red Cross (ICRC) announced the resumption of its humanitarian work in Darfur region after it came to a halt more than three years ago. 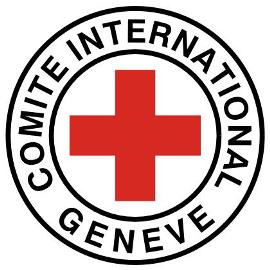 In February 2014, the Sudanese government ordered the ICRC to halt its activities in the country saying that the aid organisation needs to comply with the humanitarian work guidelines and the voluntary work law in order to continue operating in the country.

The ICRC information officer Ataf Youseff told reporters Tuesday in Nyala, South Darfur capital they reached an agreement with the Sudanese government to resume the humanitarian activities in Darfur.

She pointed out that the ICRC has “provided great humanitarian assistance since the outbreak of the armed conflict in Darfur region more than ten years ago”, describing resumption of the organization’s work as “big gain for the Darfur residents”.

According to Youssef, the ICRC will provide humanitarian assistance in the various health, water and agriculture fields besides its basic work of providing the necessary assistance to those wounded in armed conflicts and the search for the missing persons and prisoners of war.

In August 2014, Sudan and ICRC signed a new headquarters agreement replacing an old agreement dating from 1984. The agreement sets out the organization legal and diplomatic status in Sudan.

The ICRC began working in Sudan in 1978 according to its website. The organisation says it is helping people affected by the conflict in Darfur, providing seed, tools, food and water and re-establishing contact between people separated by the fighting.

The ICRC also promotes international humanitarian law and the protection of civilians affected by the conflict.

In 2013, the ICRC provided humanitarian aid to about 1.5 million Sudanese, particularly in Darfur where the group has worked since 2003.