On 11 April, Sudan’s long-standing head of state, President al-Bashir, was removed from office by his military generals following a large-scale non-violent uprising against the regime. Four months later, on 17 August, the Transitional Military Council (TMC) and the opposition coalition Forces of Freedom and Change (FFC) signed a power-sharing agreement establishing a three-year transitional regime set up to steer the country towards democratic elections. The agreement forged in August was underpinned by the same dynamics that led to the overthrow of the regime in April: determined non-violent resistance demanding a transition to civilian-led rule. 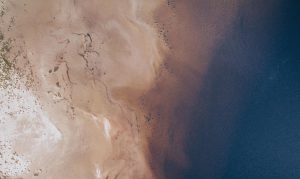 These events in Sudan demonstrate the potential of strategic non-violence in bringing about societal change, even in the face of violent repression. Indeed, research has found that non-violent resistance, defined as ‘the application of unarmed civilian power using non-violent methods such as protests, strikes, boycotts, and demonstrations, without using or threatening physical harm against the opponent’, is not only increasingly frequent but also more effective in achieving its goals than violent rebellion.1 Moreover, recent studies show that non-violent resistance creates better foundations for building democratic institutions than armed or elite-led transitions.2 In the light of these research findings, there is genuine potential for democratic transition in Sudan.

However, non-violent resistance does not automatically lead to a more participatory and peaceful society. Protest movements across the world – from Hong Kong to Algeria and Nicaragua – struggle to maintain their momentum and to evolve from revolution to lasting democratic reforms.3 Sudan’s own history demonstrates that reforming political institutions is a daunting task even when inspired by popular non-violent mobilisation.

This Conflict Series Brief analyses the recent civil resistance in Sudan, examines its distinctive characteristics and evaluates the prospects for a peaceful and stable transition in the country. It first examines why and how non-violent resistance increases the chances of peaceful societal change, and goes on to provide an analysis of the recent political events in Sudan, before outlining scenarios for the transition process and discussing ways to support stability.

Compared to violent tactics, non-violent resistance seems to be an effective means of fighting one’s cause. According to a landmark study, contentious campaigns using primarily non-violent methods have been systematically more successful in achieving their goals and contributing to the emergence of a peaceful society than campaigns using armed tactics.4 In fact, according to the study non-violent campaigns are twice as likely to succeed – with a success rate of over 50% – as violent rebellions. The general picture remains similar in recent studies: on average, non-violent resistance induces transitions more conducive to societal peace and democracy than violent rebellions or top-down regime changes.5

Relatedly, non-violent campaigns are more likely to generate a political ‘jiu-jitsu effect’ whereby repression backfires and leads to increased mobilisation and political support for the opposition.7 Using coercive force against unarmed protesters runs the risk of creating a backlash even in an autocratic setting; it can induce domestic and international condemnation of the regime and lead to the regime being shunned by its key supporters. The relationship between a country’s armed forces and the opposition movement is particularly crucial. For the military, a non-violent opposition poses less of an existential threat than a violent rebellion and therefore it can be seen as a possible bargaining partner.8 Orders to violently suppress unarmed resistance may lead to defections within the armed forces, which often shapes the outcome of non-violent uprisings.