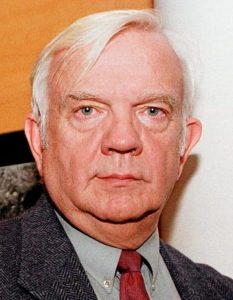 The Legacy of Salva Kiir

As the people of South Sudan most likely on Saturday, 22nd February will see the implementation of the Revitalized Peace Agreement from the summer of 2018 begin, it is worthwhile trying to list the developments that under the rule of Kiir and his henchmen, have made South Sudan a failed and destroyed state.

In this context we must always keep in mind the disaster that hit the people of South Sudan on 30th July 2005, the so-called helicopter accident that killed the liberator, then the President of South Sudan and the First Vice-President of Sudan, John Garang. The International Commission that analysed the reasons for the accident, concluded that it was due to human failure and bad weather.

I have spent hours with the commander from SPLA who arrived first at the spot of the wrecked Russian made helicopter. He found the black box, travelled to Moscow with it and was present when it was opened and investigated by Russian experts. He was then a member of the International Commission that investigated the accident and made the report. The story he shared with me, is fundamentally different from the official conclusion in the report from the Commission. He told me that the instruments of the helicopter had been tempered with and wrongly adjusted. Neither the height meter nor the radar was properly working. His conclusion was clear, it was not an accident, but a refined scheme set up to murder John Garang. The mastermind was to be found with the old dictatorial regime of Omar Bashir in Khartoum, and he had his partners outside and inside SPLM/A in South Sudan. Members of the John Garang’s family have shared similar views with me. Now with a new regime in Sudan, hopefully on its way towards the rule of law and democracy, one day soon some documents may be found in secret archives that will cast more light on how John Garang died.

In the course of 2012 and 2013 the discontent with Kiirs rule both as the president and as the chairman of the governing party SPLM was growing, and if a democratic process within SPLM had taken place before the elections that were scheduled for 2015, Kiir would have been running the risk of not being renominated.

Kiir’s answer to that possibility was the military coup d’etat that he and his henchmen carried out on the 15th of December 2013. The war that followed, has caused a lot of suffering and destruction:

The misrule of Kiir’s government and administration since 2011 and until today has made South Sudan a failed and destroyed state. I list in the following some of the gravest failures and crimes:

The regional body IGAD has been in charge of the peace negotiations for South Sudan since 2014.

But in 2015 for some months, there was a kind of parallel effort, the Arusha Agreement on the reunification of SPLM, and in the summer of 2015 it was to be implemented. According to this agreement, the sacked and banned Secretary general of SPLM, Pagan Amum, was to be reinstated. He, in the company of the Kenyan Minister of Defence, arrived in Juba on 23rd June 2015. The reinstatement ceremony in the presence of President Salva Kiir took place the day after, and I spoke to Pagan Amum the same evening. He was happy to be back on the job and stated that ending the war and starting a process of reconciliation had to be given priority in order to build lasting peace. But when Pagan Amum went back to his office the day after to begin working, he and the other former detainees who before the summer of 2013 were leaders of SPLM and again back in Juba, discovered that there was a plot to detain and assassinate them. President Salva Kiir had sanctioned the plot and Pagan Amum is reported to have confronted the president with the plan. The President was evasive in his answer.

Pagan Amum and his FD colleagues then had to run necks over heads from Juba, and friends and people inside the system but loyal nationalists, succeeded to push them through the airport, and they escaped onboard a flight to Addis Ababa.

The first peace agreement negotiated by IGAD was finalized and to be signed in early 2015. President Kiir objected to it and only signed after heavy international pressure in the early fall of 2015. The implementation started in the spring of 2016. One key point in the agreement was the reinstatement of Riek Machar as first Vice-President. It ended with a shoot out between the security guard of the president and the first vice -president in the summer of 2016 with many killed. It was followed by a rampage of the town of Juba by elements of Kiir’s forces who stormed an international hotel and raped several women from abroad serving the people of South Sudan. In the aftermath, Kiir ordered the hunt for Riek Machar and hired international mercenaries to assist his own forces. But the hunt failed as Machar escaped into the Central African Republic and was taken care of by UN peace keeping forces.

The IGAD efforts to bring peace to Sudan in the aftermath of the events of the summer of 2016 have been many but have failed. However, in the summer of 2018 IGAD handed over the responsibility to lead the negotiations to the then dictator of Sudan, Omar Bashir with the assistance of the president of Uganda, Yoveri Museveni. They succeeded in making both Salva Kiir and Riek Machar and a few other parties sign a renewed version of the agreement from 2015.

While Omar Bashir was pursuing his interest to continue exploit South Sudan’s oil, Salva Kiir had one other important reason to sign this agreement. There was a very important change from the previous ones on one point, the power sharing between the different parties to the agreement. In this agreement, Salva Kiir together with ministers of his own choice maintain the majority power in all decisions of importance for the people and the country. In addition, the contentious issue of how many states 32 or 10 or another number, was not settled.

The Machar faction and party to the agreement as well as other opposition groups like the South Sudan Opposition Alliance that has not signed the agreement, have stood firm in their demand to Kiir to go back to the original number of states which are 10. Kiir and his government has consistently refused to grant any concession on the matter.

But to the big surprise of South Sudanese as well as others, Kiir last Saturday 15th February made a statement to the fact that he and his government would accept to go back to ten states. However, he added that he would assign three special administrative areas that would be under de facto the control of the Presidency. One is Abyei. Another of the areas is named Ruweng and is one in which oil is being produced. A third is Greater Pibor which is another area of South Sudan rich with minerals like gold. The President has granted important mining concessions to foreign companies that together with one of Kiir’s daughters are plundering this area for minerals, The reports from the area leaked to the media recently also say that the mining managements are using local militias to terrorize and force people to leave the mining areas. The suspicion is that the president with his family and his henchmen in this way want to continue to control and have unlimited access to the profits from oil and other minerals.

While the Machar faction has applauded the decision to have only ten states, it immediately refused to accept the establishment of the administrative areas of Ruweng and Greater Pibor.

As the new transitional national government is being formed, one has to take note of what are still critical and unsolved issues in the Peace Agreement.

There is hardly any hope for any real progress on the six issues listed because it might expose the crimes that first and foremost Kiir’s faction, but also Machar’s faction have committed against their own people in the period since the end of 2013.

The best and decent part of the political elite in South Sudan with a strong commitment to human rights and democracy from before the summer of 2013 who then was chased into the cold, are either political refugees somewhere in the world or they have died in the war or have been killed by Kiir’s assassins.

The political leaders of Africa and the world are tired of the South Sudan, Salva Kiir and his henchmen and their continuous obstruction of all efforts to bring peace to the people of South Sudan. They have at the same time not been willing to apply the kind of power, political and economic pressure and through UN, military force that could have ended the destruction of the state and the suffering of the people.

Now the people pin their hopes on a coalition of two factions that consistently have failed for a decade. But there is a big risk that one will see a repetition of what happened in the summer of 2016 when the two factions clashed, and the war continued

I hope that I am wrong, but I fear that the destruction of South Sudan and the sufferings of its people shall continue. We might have a pause for a few months in the continuing process before the hopes of a people desperately wanting peace, is being crushed again.