KHARTOUM/DUBAI — Efforts to bring stability to Sudan‘s conflict-ridden Darfur region have failed to reassure residents fearful of rising violence which has cast a shadow over peace negotiations. 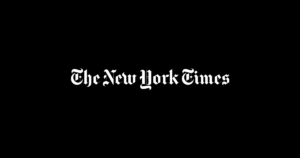 The fall of President Omar al-Bashir in 2019 raised hopes that Arab militias he supported, which have been accused of atrocities, would be reined in under the civilian-military government which replaced him.

Prime Minister Abdalla Hamdok is negotiating with rebel groups that had fought Bashir. But they hold little sway 17 years after a conflict which killed 300,000 people and displaced 2.5 million erupted.

Over the last month, 100 people have been killed, both in attacks by the militias and tribal clashes over precious agricultural land at the heart of tensions.

The violence has triggered a wave of sit-ins across the region, demanding authorities protect civilians from the militias, who are scrambling to secure their gains now that Bashir has gone, says Jonas Horner of the International Crisis Group.

«They’re the forces that used to terrorise citizens and push us out of our homes,» said Suleiman, a protester in Nertiti in central Darfur, reached by telephone. «They want to keep the same privileges.»

Protesters there allege that the militias, known as «Janjaweed,» have carried out dozens of killings, rapes, and armed robberies in recent months.

«Things could explode,» said Mohamed, another protester in Eldeain, an eastern Darfur town. Like others, he declined to give his full name for security reasons.

The United Nations estimates that 2.8 million Darfuris are severely food insecure and might require aid if the current agricultural season is further disrupted by fighting.

Both Hamdok and rebel groups say a peace deal would be a necessary first step to ending turmoil in Darfur, a vast region roughly the size of France.

However, donor funding needed to implement the deal is not guaranteed and Sudan‘s government is trying to rescue an economy battered by decades of conflict and corruption.

The two most influential rebel groups have said they will negotiate if current talks succeed.

Sudan has agreed that rebels will receive 25% representation in the national government and 40% in Darfur. The deal also promises an annual $750 million development fund.

But some are sceptical after years of broken promises. «We hear that money is given out, but it’s just numbers, in reality there’s nothing,» said Suleiman.

Analysts question whether a deal will provide security as the rebels, as well as militias linked to Bashir, have fragmented and are themselves fighting over resources, often along tribal lines with no clear leadership.

And talk of peace has not deterred the Janjaweed, who attacked one of the protest sites earlier this month.

«They shot and assaulted people and looted and burned,» riding motorcycles and camels, an eyewitness in Fatabarno village told Reuters.

Neither the rebels nor U.N. peacekeepers have been able to protect civilians, said Manzoul Assal, professor at the University of Khartoum.

Hamdok on Sunday announced a new force, including the police, army and Rapid Support Forces, which themselves were accused of atrocities in Darfur, an allegation they deny.

«The beginning of the solution is the appointment of civilian governors and the deployment of security forces, … under the control of the civilian governors in coordination with the military,» said Jumaa Kanda, an advisor to Hamdok. The governors were appointed last week after protests.

Demonstrators across Darfur had demanded the removal of some military and government officials they say have failed to protect them.

«They want to continue to occupy our land,» said a local leader. «We demand that the government interfere to protect us.»