. We should demand that the leader duo of South Sudan be held accountable in the International Criminal Court in The Hague. 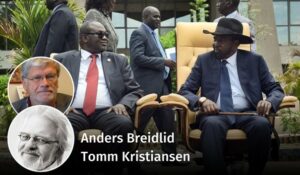 LEADER DUO: – Nothing indicates that Vice President Riek Machar (left) and Vice President Salva Kiir (right), who are responsible for torture, the use of child soldiers and attacks on civilian targets intend to give up their positions, write the chroniclers. The writers think Norway must hold failed regime accountable. (Jason Patinkin / Ap / NTB)
By Anders Breidlid, Professor, Oslo Metropolitan University and Tomm Kristiansen, former Africa correspondent for NRK03/03/2021 19:00
Norway is a new member of the UN Security Council from January 1 2021 and will, according to the Norwegian Ministry of Foreign Affairs, «use the experience of decades of work for peace and reconciliation to be a bridge builder and seek solutions to the challenging conflicts that come at the Security Council table.»
In other words, conflict resolution stands out as one of the areas where Norway will engage most strongly. One of the countries where Norway is already heavily engaged is South Sudan, where Norway together with the United States and Britain form the troika pushing for a peace solution to the civil war in the country.
Norway has, from 2011 to 2019, provided NOK 4.8 billion in aid to a regime that the international community describes as corrupt and failed. 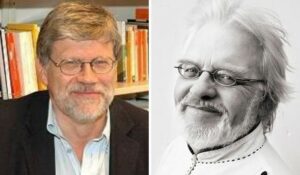