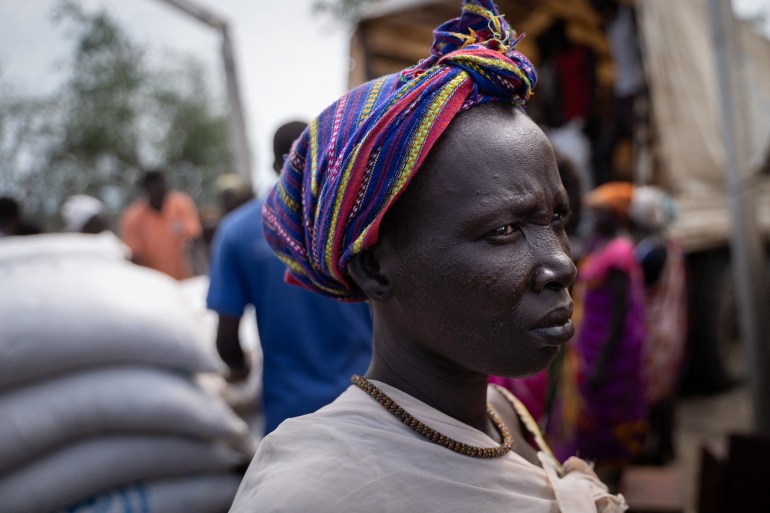 More than eight million people are reliant on aid, according to the UN, while tens of thousands of people still shelter in IDP camps across the country [File: Simon Wohlfahrt/AFP

Over the past 10 years, the oil-rich country has been mired in fighting that killed nearly 400,000 people, engrained corruption and a deteriorating humanitarian crisis, while a fragile peace deal hangs by a thread.

fter 10 years of independence, South Sudan’s population doesn’t have much to celebrate,” said Joshua Craze, a research fellow at the London School for Economics who has worked in South Sudan since 2008. “Those hopeful expectations of life in the new state have only delivered for South Sudan’s elite, which has entrenched itself atop the rest of the country,” he added.

Hopes were high in 2011 when after decades of war with the north, the southern South voted overwhelmingly to secede. Salva Kiir, a former rebel leader, was sworn in as South Sudan’s first president, with Riek Machar, another rebel leader, as his deputy. Many South Sudanese who had fled, returned, while the international community poured millions of dollars into propping up the new government.

“[There were] ululations, celebrations, tears of joy, wails of happiness,” recalled Philips Anyang Ngong, a local human rights lawyer who was at the independence festivities but is distraught at what has happened since.

“We raised the flag but what do we have [to] show today, 10 years later?” he asked. “Continued suffering.” 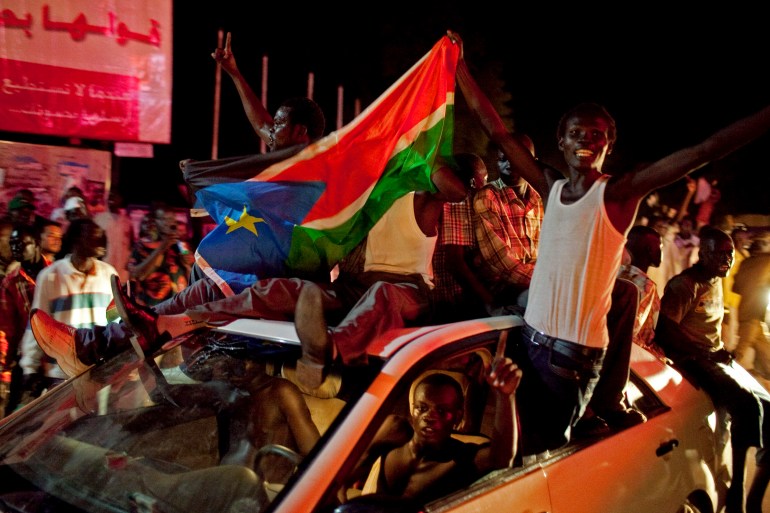 South Sudan experts say stark warning signs that deep-seated issues were not being addressed were visible early on.

When South Sudan gained independence, it received great international support but the odds were already against it,” said Nyagoah Tut Pur, a researcher with Human Rights Watch. “The state inherited a legacy of war and underdevelopment from Sudan. The new government was also comprised of former political foes and militias who did not have a united vision for the country. The process of integrating both politically and security-wise was fraught. State institutions and systems of accountability were already weak.”

Indeed, the rifts within the governing party quickly escalated, with Kiir and Machar vying for power. In July 2013, Kiir fired Machar and the entire cabinet, and the ruinous civil war erupted five months later.

Attempts to quell the fighting were futile, countless ceasefires were broken and the first power-sharing agreement in 2015 between Kiir’s government and Machar’s opposition failed. Machar was forced to flee the country on foot when renewed clashes erupted in the capital, Juba, in 2016, expanding the war to the south. A second peace deal signed in 2018 has largely held, with warring parties forming a coalition government last year – and Kiir and Machar trying for a third time to run the country.

But while large-scale fighting has subsided, intercommunal clashes continue and key parts of the agreement have yet to be implemented, notably a unified national army combining opposition and government forces.

Thousands of soldiers languish in cantonment sites awaiting training or graduation, while fractions have emerged within Kiir and Machar’s parties.

In March, former presidential adviser Daniel Awet Akot called on Kiir to step down, while several high-ranking soldiers defected from Machar’s camp, with party members questioning his commitment to the peace agreement because he has neglected the troops and communities outside the capital by not visiting them.

The opposition is urging its supporters not to “give up hope” under Machar and blamed Kiir’s ruling party for a lack of political will, which has “significantly” contributed to the slow pace of the peace deal’s implementation, Puok Both Baluang, director of information and acting press secretary for Machar, told Al Jazeera.

The government did not respond to repeated requests by Al Jazeera for comment.

Without clear progress, frustration and lack of trust in the government will grow and fuel violence, say conflict analysts.

“The longer this uncertainty goes on, the more difficult it will be to escape patterns of conflict that are rooted in decades-old problems but found new life in the independent country. As much as we hope we’re past the worst, that seems far from certain,” said Mark Millar, a policy analyst for the Norwegian Refugee Council in South Sudan.

Even though fighting has been at a lower tempo in recent years, there has been “exponential growth” in levels of conflict since 2018 and incidents are more numerous and frequent, according to a July internal security report for aid workers seen by Al Jazeera.

Last month, South Sudan’s new United Nations chief, Nicholas Haysom, told the Security Council there was “pervasive insecurity” and that intercommunal violence was responsible for more than 80 percent of civilian casualties this year. Aid workers are being increasingly targeted, four humanitarians were killed and millions of dollars of supplies looted or destroyed, he said. Haysom urged the government to “breathe fresh life into the peace process” and fully implement the agreement, which will eventually lead to elections, he said.

The polls are scheduled for 2023, but many fed-up South Sudanese have called for the two leaders to resign before that, according to a December report from the country’s National Dialogue Steering Committee, an initiative that gathered civilian views across the country.

While the peace process limps on, the humanitarian situation is worsening.

More than eight million people are reliant on aid, according to the UN. Some 30,000 people are likely in famine, say food security experts (PDF), and tens of thousands of people still shelter in displaced people’s sites across the country, too afraid to return home.

“The government is not yet able to meet its obligation to provide basic services and healthcare, a situation exacerbated by a prolonged lack of state investment,” said Tila Muhammad, head of mission for Doctor Without Borders (Medecins Sans Frontieres, or MSF).

“As of 2018, just 2.11 percent of South Sudan’s government expenditure was for health services, which is one of the lowest percentages in the world,” Muhammad added.

“Less than half of the population – and less than one-third of displaced people – live within 5km [3 miles] of a functional health facility.”

As the country embarks on its second decade, observers say donors need to revise their approach to aid and hold South Sudanese leaders accountable, rather than continue funnelling money to support a government that invests little in its own people.

“The international community did the people of South Sudan a disservice by focusing on the achievement of independence more than the challenge of building a new nation. We used the government’s youth as an excuse to let bad acts slide and bad habits form, and our continued support enabled it,” said Elizabeth Shackelford, former US diplomat who worked in South Sudan when the war broke out and senior fellow on US foreign policy at the Chicago Council on Global Affairs.

International partners should not continue propping up the government in the absence of real signs of concrete progress towards implementing the peace agreement, because those who suffer are the civilians, she said.

But some citizens say it is too late for reform and regret the choice they made 10 years ago.

“If we could be given the chance to vote again, I think many of us [would] vote [to stay united with Sudan],” said Gatwech, a local living in a UN-protected camp in the north. Al Jazeera is only using his first name to protect his identity.

“This is not [the] South Sudan I voted for. I was voting for [a] peaceful South Sudan not [a country] torn apart,” he said.