Hentet fra  Al Jazeera 16.1.2022
The Forces of Freedom of and Change says it will take part in UN-sponsored talks to end months of political deadlock. 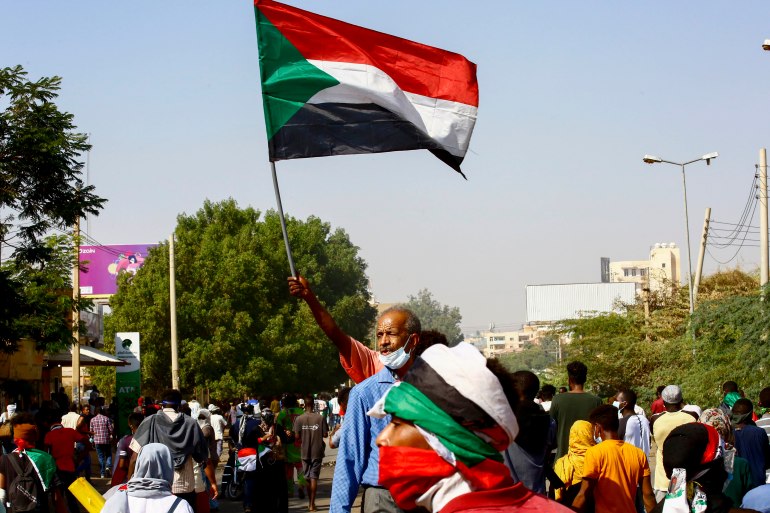 A prominent Sudanese pro-democracy group has conditionally accepted the UN’s offer to broker an end to political deadlock following the October military coup.

Jaafar Hassan, a spokesperson for the Central Council for the Forces of Freedom and Change (CCFFC), said in a press statement on Sunday that the council decided to accept the invitation of the United Nations mission (UNITAMS) to support dialogue between the parties to the Sudanese crisis.

Hassan said a delegation from the CCFFC will meet on Sunday with UNITAMS to deliver the coalition’s vision regarding the initiative for dialogue between the various Sudanese parties.

Another key civilian group, the Sudanese Professionals Association, however, has rejected the UN’s offer.

Protesters have been holding regular marches against the military since it overthrew the civilian-led government of Prime Minister Abdallah Hamdok last October. They want the military to be kept out of the transitional governing coalition.

Hamdok was reinstated on November 21 in a deal that called for an independent technocratic cabinet under military oversight.

But Sudan’s pro-democracy movement denounced that agreement, insisting that power be handed over to a fully civilian government. Hamdok resigned in early January, citing longstanding disagreements with the military rulers and the slow pace of reforms.

The CCFFC’s decision to take part in the UN-brokered talks comes amid intensifying regional and international efforts to resolve the crisis.

The African Union’s envoy, Edewe Bankole, is in Khartoum where he met with representatives of the Forces of Freedom and Change.

Bankole said the purpose of the talks was to listen to the points of view of all Sudanese in order to find solutions to this crisis.

Separately, David Satterfield, the new US envoy to the Horn of Africa, is expected to visit Sudan next week where he and US Assistant Secretary of State for African Affairs Molly Phee will meet military and political figures as well as pro-democracy activists.

The meeting aims to “marshal international support” for the United Nations mission to “facilitate a renewed civilian-led transition to democracy” in Sudan, the US Department of State said in a statement.

The CCFFC had stipulated, earlier, an end to what it called a state of coup, an end to violations, and the lifting of the state of emergency.