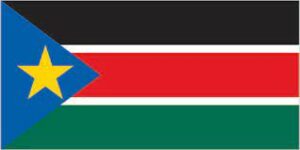 Hentet fra   NATIONAL SALVATION FRONT/ARMY
OFFICE OF THE NATIONAL COMMITTEE FOR INFORMATION & PUBLIC RELATIONS
OFFICE OF THE CHAIRPERSON
NAS-HQs
NCIPRNO.11 12 February. 2022
Ref:………………………………………….. Date:—————————
Statement on Harassment of South Sudan Refugees in Northern Uganda by Governor
Emmanuel Adil Anthony of Central Equatoria State
The Leadership of the National Salvation Front (NAS) is deeply concerned about the recent
allegations made by the South Sudanese authorities that the Refugee Camps in Northern Uganda
are harbouring NAS rebels.
On 25th January 2022, the Governor of Central Equatoria State, Mr Emmanuel Adil Anthony Wani
accused his Ugandan counterpart of harbouring some 4,000 NAS rebels in the Refugee Camps in
Northern Uganda.
The Leadership of NAS condemns in strongest terms this outrageous and baseless allegation which
could result in the persecution and security threats of the South Sudanese refugees in Uganda.
NAS Leadership categorically rejects this false and malicious accusation that the NAS Movement
has 4,000 soldiers in the Refugee Camps. In this regard the Leadership of NAS would like to call
upon the Local Government authorities in Northern Uganda and the UNHCR not to listen to these
false allegations of the Juba regime, in order not to spoil the cordial historical relations between the
people of the two countries.
In the same vein, the Leadership of NAS would like to appeal to the UNHCR to take the necessary
steps to protect the innocent refugees in Uganda from terrorism of the Juba regime.
The Leadership of NAS would like to assure the UNHCR and the government of Uganda that NAS
does not have soldiers in the refugee camps in Northern Uganda. NAS forces are inside South
Sudan and are now engaged in defending the civil population against the barbaric attacks of the
SSPDF and its militia who are implementing scorch earth plan against the innocent civilians in
South Sudan.
Having squandered more than three years of the implementation of the R-ARCSS the regime is
now desperate and is scrambling to prepare for the so-called elections in 2023. One desperate
attempt is to find all ways and means of forcing the refugees it forcefully drove into the
neighbouring countries especially in 2013-2016 period to return to South Sudan. In this regard the
regime would like to show to the world that peace has finally come to South Sudan and the
refugees have returned home in order to give Juba the legitimacy to hold elections at the end of the
interim period.
Restoring unity, Peace & Dignity of the People
NAS stands in solidarity with South Sudan refugees wherever they may be in the neighbouring
countries and beyond.
The Leadership of NAS would like to urge the South Sudan refugees in the refugees camps in
Northern Uganda in particular, and elsewhere in the neighbouring countries not to panic and
succumb to the coercive tactics of the Juba regime aimed at forcing them to return to South Sudan
when the peace that addresses the root causes of the conflict and the necessary conditions for well
organised return and resettlement hardly exist.